This time, for my second Genius Hour blog post, I did some research on martial arts in East Asia and how they came to be. I researched on Karate, Kendo, Shaolin Kung-fu, and Filipino martial arts (eskrima, arnis).

Before I started my research, I was interested in Martial Arts in a scale of about 8/10. Then, at the end of my project, it was more on a scale of 8.5/10. I was interested in Martial Arts because they look cool, are a great way to stay fit, and you can defend yourself with them. After the project, I learnt and realised that they had a huge amount of history in them, and also a large component of spiritual training in them too, especially Shaolin Kung-fu, and Kendo.

I also learnt that Shaolin Kung-fu started in China, but was mainly started by two Indian Buddhist monks who had traveled to China to build a temple there. Therefore, I learnt that these two monks also created a major part of karate, as Karate started on the Japanese-owned island Okinawa after Okinawan traders brought back Shaolin methods to their islands. Hence, I realized that martial arts in Korea, Japan, and China and the whole of East Asia, basically, have extremely closely intertwined histories.

Based on the amount of work that I put in, I would give myself an 85%, due to the fact that at the end, I didn’t try that hard to make my end product look very good.

What I shared with the class was showing them what I learnt, which was for my personal benefit. Therefore, this means that it did not help the community, but it did not harm it either. Its better for me and my peers to learn something, but not help than just sit around and do nothing.

However, next genius hour, I will try to put more pictures and less words in my Prezi, as I realise that this makes it less appealing to the viewer. I thnk that if I achieve a better visual appearance, I will have a much better Genius Hour #3.

a current event in science

Media affects people in many different ways, from their image of themselves to what they buy in supermarkets.

Ads such as the ones for weight loss products send the message that the right way to be is to be thin, and this will make people insecure, and think that people will think less of them if they are fat, which they due, since they too, are affected by the ad. Therefore, the pre-supposition created by the ad is that everyone, especially women, should be thin.

Media also definitely affects what people buy. Ads on TV and billboards, such as for example billboards in Dakar. If a person sees a product advertised on the TV, they will think that since this product has enough money to put ads up, etc, that must mean people, buy, it, which must mean it is good. Therefore, products that put ads up on billboards or TVs have more of a chance of getting bought than another product which doe not have ads, and which people will not know. This is because most humans like to buy and use what they already know, and in a way, in watching the TV ad, they know the product. This is the why ads exist.

Another way that Media influences people is through gender roles. A very interesting example of this is through the Star Wars The Force Awakens action figures. When they are manufactured in groups, with for example four main characters, and a ship, the main character, Rey, who is a girl, is almost never in these sets, and is instead traded for a storm trooper, or a minor, but male character. This is because the developpers of these action figures do not think that the main demographic of this product, young boys, would not like to receive a toy set that includes a girl, as this would automatically think that this is a doll. The problem with this is that the developers think that girls do not want action figure, and that boys do not girl action figures. Finally, this is not very good for the boys who buy these products as they should know that girls too can be heroes.

For more on this topic, go here.

For even more look up #WheresRey.

CES, also known as the Consumer Electronics Show, just ended several days, and it was full of futuristic, cool, and innovative gadgets, concept cars, wearable tchs, etc. In this blog post, I will highlight two of the coolest featured things in this show, in my opinion.

END_OF_DOCUMENT_TOKEN_TO_BE_REPLACED

For my Genius Hour project on Martial Arts in East Asia I followed Black Belt Magazine @Black_Belt_Mag, Professor Gary Lee @profgarylee, Bear Martial Arts @BearMartialArts, Martial Arts History @Arts History, and Profe/Guro Canon @ProfessorCanon. All of these people have a connection to Martial Arts, and some are even instructors. First, I started by tweeting them very general questions, such as this:

however, this question is too vague.

I then asked questions such as

This was easier to easier, and I got  an answer.

This information helped me because even though you cannot put more detail and content in a tweet, this still gave me background information and also told me where to look to further my knowledge, as Martial Arts in Asia is such a broad topic. This also helped me verify different sources and versions of stories together.

In the future, this process could be very useful, especially in long research papers. Connecting with experts could help me find what I am looking for in the general theme of the paper, and narrow the area until I find what I want. I can also ask epxerts for more reliable sources in my are.

Overall, connecting with experts on Twitter took up a lot of time, but did give me some of the information I needed. If I do this a next time, now that I know the right way to ask questions, I will probably find more in less time.

At my school, we can buy all sorts of  different lunches, and there are some healthy options but nobody ever buys that. What most people buy is chicken nuggets, wraps, etc… And on friday, we can eat fries. Everybody always buys them. We can buy lemonades and various juices, but no soda on weekdays. Also, we can drink bissap, a traditional senegalese drink. So an average middle or high schooler’s lunch at my school is a wrap/sandwich with some kind of drink, and thats it.

Are things healthier, less healthy at your school? Do you think this is good, or not?

During Genius Hour so far, I researched Europa, one of Jupiter’s moons, and the possibility of life on it, and how a possible mission could find it. I was very interested in this, as one of my best themes of interest is astronomy and astrophysics. I liked the research part of it, and also the material I learnt. I learnt that  Europa is probably the place in our solar system the most likely to harbor life, and that a mission there could happen in the next view decades. I learnt that Europa has geysers of water spouting up from its ocean that is buried under miles and miles of ice.

Honestly, if I had to give myself a grade, it would be a 90%, because I believe that though I could have done more, which explains its a 90, I believe I put a good amount of work in this, and I actually TRIED to make this presentation entertaining to my classmates, which is pretty hard because there was a lot of scientific technicalities in this, and I know lots of my classmates don’t like science, so I made it as interesting, while teaching as much as I could. Also, I had remembered exactly what I needed to say, and did not read off the board during my presentation.

Unfortunately, what I shared with my class mates didn’t help the world, but i’m sure some of my classmates were semi-interested in my topic, and maybe it helped them. But no, my presentation did not stop global warming nor did it feed a hungry village.

I think that for my next genius hour,

As some of my best followers have noticed, there is now a new widget, in the right sidebars of my blog. It says: my last two posts. And as it says, it shows two links, and these links are my last two posts. But why would I add this widget?

I think that adding this widget has been a valuable adition to my blog, and will help readers enjoy my blog more. 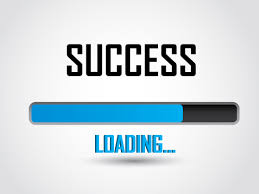 In modern-day society, success in life in general is often based on how one did on a certain set of tests or exams or not, and the level of their education. Whether or not this is fair, we must succeed in school to be able to have a good life, and be able to give future generations good opportunities.

However, what is the use of being an extremely well educated, successful, rich person who succeeded in everything, went to the best universities in the world, is CEO of a major company, etc, etc, when you are not happy? END_OF_DOCUMENT_TOKEN_TO_BE_REPLACED

The most significant even that has happened to me in the past year is when, during summer vacation, I visited two new countries : I went to Morocco, and to Holland: more precisely, Amsterdam. In Morocco, my parents and stayed in a hotel in the Atlas mountains and did some nice hikes in the mountains. In Amsterdam, we rented an apartment, and visited the city for a week. This was significant for me because I learnt a bit about some cultures that I did not know about and I enjoyed both places very much.

A blog is, by Google “a Web site on which someone writes about personal opinions, activities, and experiences”. To me, that definition seems correct, and that is probably what we are going to be assigned to write about by Mr. Leinbach. Personal opinions, activities, experiences, and ect…  This way maybe we will be able to share information with our classmates about something we just learnt to help them, or maybe tips and tricks for school.

So these blogs could be very useful and fun for everybody, or… not at all. It could be must plain, boring posts that nobody put effort or conviction into and nobody cares about. But if we do try, it could be really fun! Or not.